The philosophy and methods of CONSA stand out in various ways.

CONSA works together with the International Gnostic Movement (MGI) to make the Gnostic Instructors Training Course accessible to those in greatest need. For example, CONSA succeeds in offering this Training Course totally free of charge for the people of Africa (food, housing and study material for 2 months). In other parts of the world, CONSA offers this same gratuity – sometimes total and sometimes partial in the form of bursaries – always to those who need it most.

After the Training Course, the teachers are supported in retransmitting GNOSIS in their respective countries. This support can take the form of financial help, mainly for maintaining the Study Center.

GNOSIS provides the necessary tools that permit each person to change their own psychology and thus the conditions of their life. This Ancient Wisdom is based on Self-Knowledge, Meditation, the study of Human Psychology and the numerous Faculties inherent to every individual.

In addition, CONSA retransmits from Ancient Philosophies and Religions that which is common to all, in order to encourage service, tolerance, love and compassion between people of all cultures.

It is essential for CONSA to encourage the initiatives of those who wish to implement social development activities for the good of their community. CONSA respects and believes in the human being, in his will and his own ability to effect change.

We are convinced!  Development must be centered around the ability of the people to establish and organize for themselves the social projects that meet the basic needs of the individual and the community.

Thus CONSA offers a flexible structure, appropriate tools and financial assistance that facilitates the development of people, by people and for people.

Believe in your potential...
and develop it. 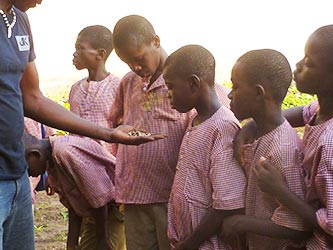